Shilajit is found in the mountains of the Himalayas amongst rocks and is often used in Ayurvedic medicine.

11 reviews
Back To Shilajit Previous Product Next Product

Highly recommend this Ayurvedic product, am so happy that we did discover it works for me as have lots of health benefits for women’s
Highly recommend 100% to friends and family too

I dont have words for shilajit to describe its benefits esp this product the most high quality. I have order it multiple times from Australia and also my sisters and how it give you energy and helps and cures all your problems in the body, bones , circulation everything Alhamdulellah. 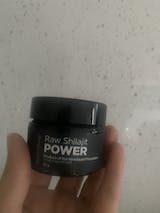 I take Shilajit with cold milk (mixed with honey + crushed almonds) together with a banana for breakfast. The honey/shilajit/almond combination is probably an acquired taste but I find that this provides me a good amount of energy throughout the day. I remember that I was horrified at the taste the first time I had Shilajit in the milk - but you get used to it and now I wouldn't have it any other way.

100% high quality and genuine product with on time delivery and very competitive prices. I have started taking this to increase my testosterone levels. Only been taking it for 4 days now. I do have a bit of change, will carry on.